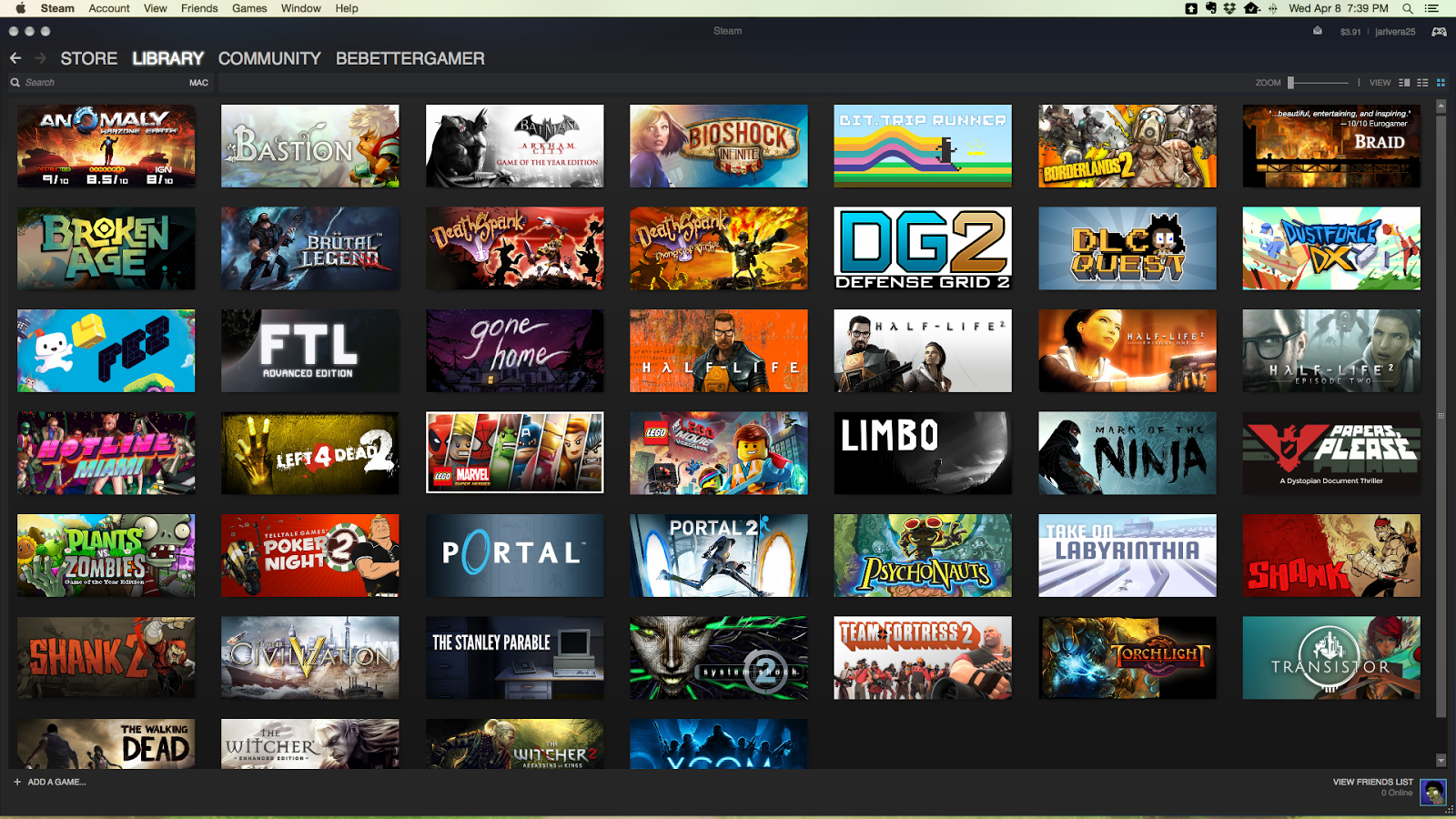 In my last post I wrote about how I am mentally preparing for the Steam Summer Sale. It's not that far off, and already I am gripped with fear that I am going to uncontrollably purchase anything that's 75% off or less than 5 bucks, while my collection of Steam games continues to collect digital dust.

To ease my worries, I have made a (simple) promise to play some of my Steam games until then. That means no impulse purchases like I did last weekend when the Lego games were on sale.

Instead I'm going to just focus on a few games, get my game completion percentage up, so I don't feel guilty with every purchase I make during the Steam Summer Sale. Let's face, I'm gonna wanna make some purchases. It can't be stopped! (Well it can, but I don't want it to be).

I wrote how in two months I have 103 games to choose from, and should have no problem achieving the simple task of raising my percentage AT LEAST ONE FRIGGIN' PERCENT.

But 103 is such a large number, and after I published my blog post I was automatically crippled with the thought of, "BUT WHERE DO I BEGIN!?!"

So I decided to sort through my games and what I discovered was I don't have 103 games to choose from. I actually have 60. And that number helps me breathe a lot easier for some reason.


IT'S ALL ABOUT THOSE ACHIEVEMENTS, BABY


I'm not simply trying to play games from my Steam library leading up to the Summer Sale, what I really want to do is raise my average game completion percentage up, which currently sits at an unfavorable 38%.

Doesn't take a math genius to look at the number and realize it's less than half. I'm a glass is half full kind of guy, so that number makes me sad.

Obviously that number comes from the Steam achievements, so I don't need to play the games that don't have achievements because they won't affect my average. Now, I know, at the end of the day achievements aren't that important, but really it's kind of a mental thing. If I look at my profile and I see a number that says, "Hey, you've played less than half your games you've spent a lot of money on," I get kind of down. So if I bring that number up, it'll also make me think about my Steam library in a more positive way.

I know that really playing the games is all that matters, but having some sort of visual reference to validate that I am playing my games is soothing. I'm sure I'm not the only one who looks at achievements that way.

And this doesn't mean that I'm never going to play those non-achievement games. I just won't be doing it before the Summer Sale. Maybe as a reward after I get through this I should play one of those non achievo games as a sign of good faith.


THE NUMBERS ARE A LIE


Speaking of Gone Home, don't believe the 2.6 hours of playtime it has on my profile. I did it all for the Steam trading cards. Meaning I just loaded up the game to the title screen and did something else, like, not play the game.

Anyway, there are a lot of games in my library that I simply let idle so that I could collect the trading cards because #priorities. So unfortunately if I do decide to play, let's say, Mark of the Ninja for realz the total playtime is going to be off. Which actually kind of bums me out.

I enjoy looking at the time spent playing games because it helps to put things in perspective when I 100% a game. I can compare my experiences between games, and it helps ease the fear of not having enough time to play games or better focus my energy on different games after noticing that I've maybe spent too much time on one game.

So yeah, what did we learn? Don't let games idle. I have a lot of "playtime" hours where I didn't actually do anything, and all that wasted time could've actually gone towards building up that game completion percentage. Live and learn.


Not every game in my Steam library is created equally. Some games I excluded from the final 60 because they are PC only, and I have a Mac, so that helps a bit.

I'm sure those few games that are PC exclusive aren't going to be missed, because I have 60 games to choose from. That's still a large selection, albeit less than 103. If I continuously sit in front of my computer deciding what game to play and never getting to around to focusing on at least one freaking game than I think it's safe to say I have a problem.

What I learned the most from these 60 games though, is I won't probably ever play some of them. I won't name any names, because I don't want to hurt any feelings, but realistically a lot of those games I look at and they're just not my vibe.

The bulk of those games that don't vibe with me were add-ons from Humble Bundle purchases. Very few if any games I purchase individually do I regret buying. I try not to purchase something I won't enjoy. But if there is one or two games from a Humble Bundle I really want, I'll take the whole bundle because it's a good deal, no?

That was the way I used to think, but it's easy to let things get out of control, and chances are that one or two game from the bundle will go on sale eventually on it's own, so I'm better off waiting until it does, instead of adding five more games to my library I'll never touch.

More importantly though, they bring my percentage down.

Not to say I won't end up liking those games, but honestly I have enough games that I should be playing because at some point I was really excited or interested in playing it.

The point is, even though within the 60 there are games I don't want to play, there still is a huge selection to choose from. The hard part now is focusing on what do I play first, but I guess that's a good problem to have?

Maybe I should stop worrying about what to play first, and just pick something. If I somehow end up not liking my choice, I'll probably have unlocked a few achievements in the process and can just pick something else from the 60. Really it's a win/win, and I need to stopping psyching myself out and play something.