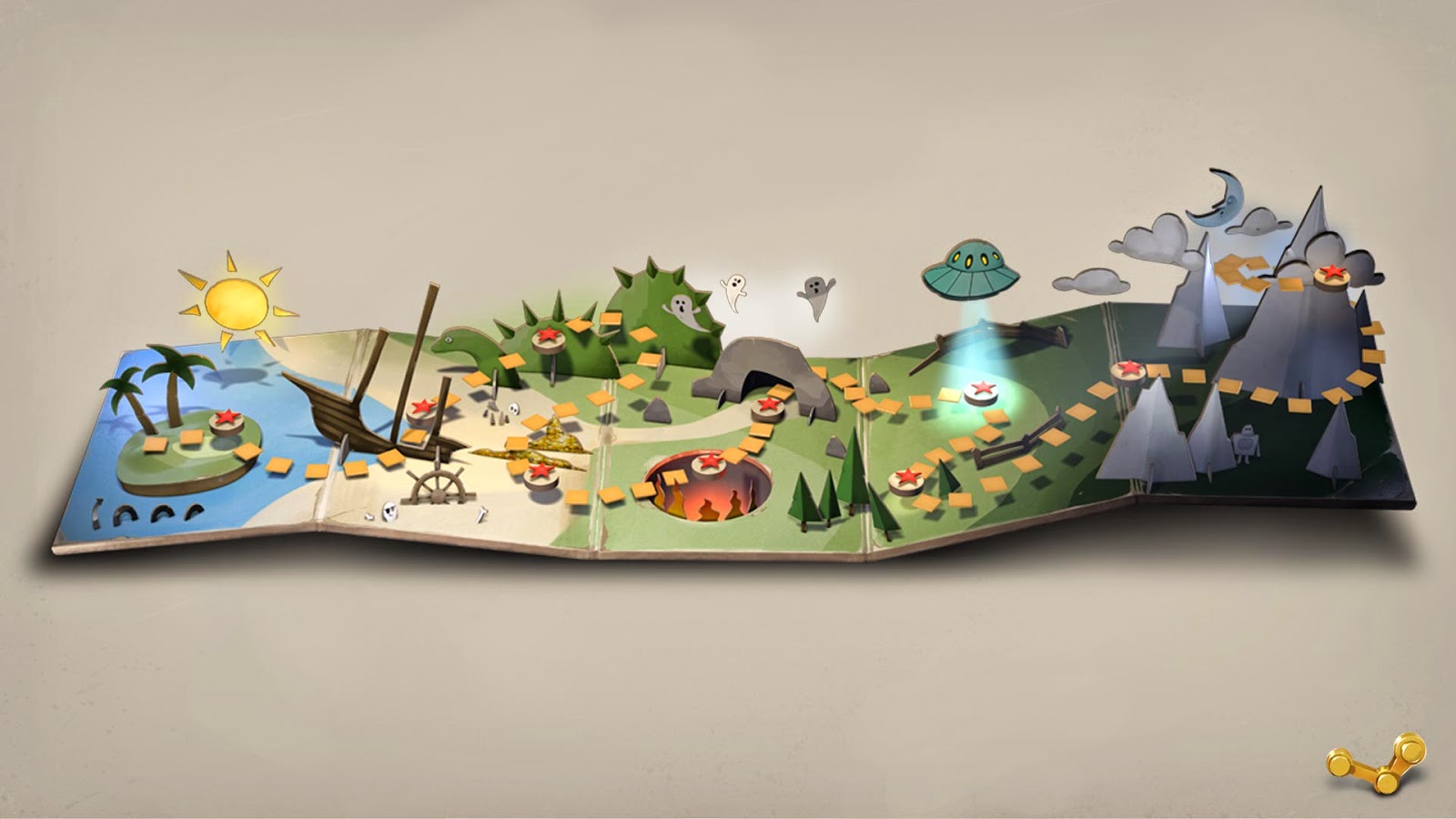 Last year's Steam Summer Sale began on June 19 and ran until June 30th. As I write this, it is April 7th, so that leaves me about two months time to actually play some of my games I have purchased over the years on Steam.

I have saved a ton of money on video games by buying through Steam. Regrettably, I haven't played any of those games as much as I would have liked. On my Steam achievements stats page, I have 4 perfect games, and a 38% avg. game completion rate. I have a total of 103 games in my library.

I have some work to do.

My immediate goal is to bring that game completion percentage up. How much can I bring it up by the time the Summer Sale rolls around? I don't know. I don't want to set a "it must be at xx.x%" goal because I don't know how to calculate the percentages on Steam, and honestly it'll go up if I just start playing games and unlocking achievements.

But I want it to go up. If I get to the Summer Sale and it hasn't gone up by at least 1%, I don't think I should be allowed to buy a single game from the Summer Sale.

If it somehow is less than 38% by the time the Summer Sale rolls around, I should be banned from buying anything from the Holiday Sale as well.

I have so many great games to play on my Steam library, why haven't I started them? I think subconsciously I'm afraid.

I have this fear that I'm going to start a game, and it's going to take me forever to finish it. It's a reasonable fear, because my life can get really busy and finding the time to play games on any gaming platform I have access to can be difficult.

Yet I'm starting to realize it's not as difficult as I make it seem to be. I can squeeze in at least an hour of gaming EVERY DAY if I REALLY WANTED to. I put that in all caps because honestly there's no excuse not to be trying to do that with the collection of games I haven't played yet.

Also, if I get really into a game, I notice I find the time to play it regardless of what might be going on in my life. I like to make excuses that I don't have time to play games; I have kids, I work a full time job, I like to spend time with my beautiful wife, etc. Valid, important, and reasonable excuses, don't get me wrong, but yet I can still clock in over 600 hours of Pokemon X, train to win a local Super Smash Bros. for Wii U tournament, record game play footage for a bunch of old school N64 wrestling games, and 200% Donkey Kong Country Tropical Freeze.

Yup. The guy with the kids 200% Tropical Freeze. "Don't have time to play games" my ass.

I still tell myself, while I browse my Steam wish list and my library, "Oh I'll NEVER have the time." I call bullshit! That's bullshit sir, and you need to stop lying to yourself.

Yeah I don't have the time I once had circa the time in my life before the age of 22. But I still have some time to play games, therefore no excuse not to play the games off my Steam library that have been collecting digital dust while I breed yet another Greninja this time with a timid nature as opposed to modest.

The real problem is focus. I don't focus in on my Steam library like I should. Does that mean I'll neglect my Wii U or 3DS? No. I'm pretty sure I didn't need to add that last 200 hours of Pokemon X game play. If I dedicated that time instead to my Steam library, who knows how high my Steam average game completion rate would be by now? 38.5%?

So yeah, that's my goal gearing up for the Steam Summer Sale: "Play my Steam games I already own while I wait."

Seems pretty simple when I put it that way.
Posted by Jose Rivera at 10:01 AM